Biggest goal for this year achieved. I am now the World Champion and World Record holder in DNF!

8 months ago when I broke the WR in DNF I thought nothing is going to stop me from winning in Belgrade. I remember how disappointed I was in 2013 when I have failed.

However, due to some personal issues my training this yearwas not going as planned. After a 4,5 month break from DNF I’ve started practicing it in the middle of March with 125-150m swims which felt pretty bad. I was still struggling and thought that there is not enough time. However, I did my best and everything clicked in the middle of May. I was full of optimistic thoughts. I got one spike down in my last week of training, cause I quit few dives at 125m. After these ups and downs I went to Belgrade, and didn’t really know what to expect. I knew my body was in a best shape it ever was, but my mind liked to play tricks on me. 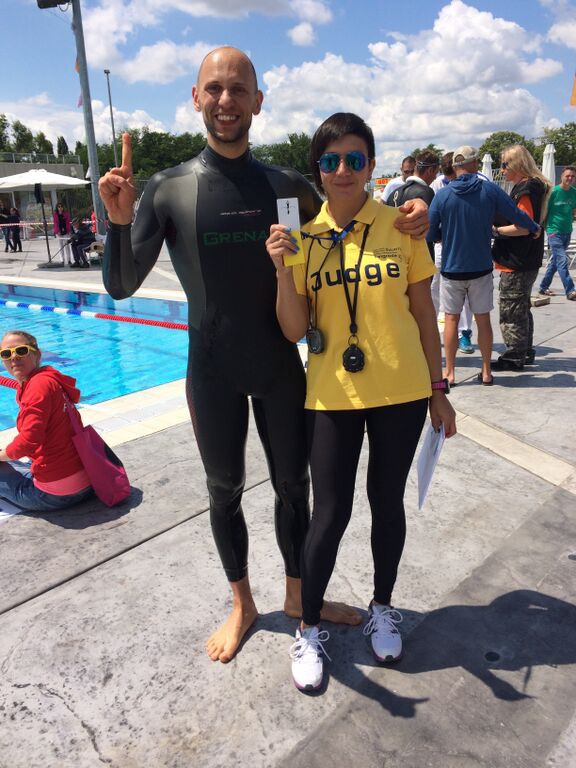 After my DNF heats during the final eliminations in Belgrade I knew everything was right and I was calm.

In the A - Final I have executed my dive perfectly and I’m really happy about it. At the time I thought World Championships are about winning medals not breaking records. So I took the conservative approach and decided to come up after I saw middle of the pool at 212,5m. Final distance was 214m (1m was reduced for turning below steps again:) ) I was frequently asked If I would make it to the wall. To be honest I can’t be sure, cause hypoxia is an unknown queen that beat really experienced freediver Natalia Molchanova in the DNF finals, resulting in her discqualification due to black-out... 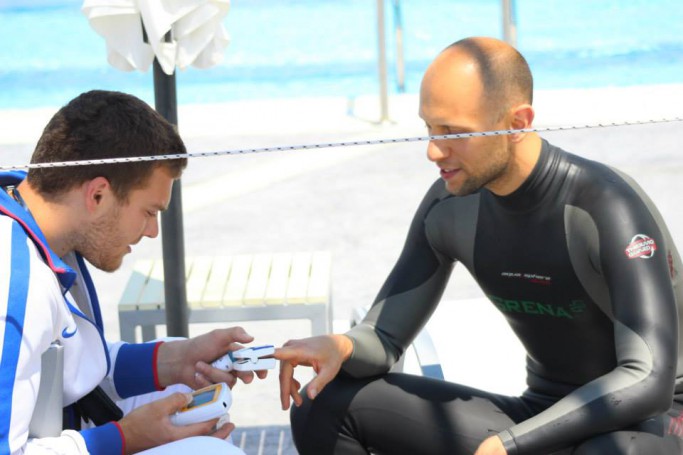 Frankly speaking the dive felt much cleaner than the one in Brno. In Brno when I set a new WR, while turning at 200m I thought in a rush "I go for next wall no matter what like a kamikaze". I still came up clean.

However in Belgrade at 200m I was cleaner in my head and I thought "Ok, let’s play it safe, swim past the mark in the middle of the pool and take at least silver medal". It was enough for gold luckily.

I don’t regret that decision cause I believe it was a right one. After my WR in Brno I jumped with my PB pretty heavily and it was psychologically hard to repeat that kind of dive. Now I have achieved few of those ~215m dives pretty clean and calm, something clicked in me and I feel 225m dives will become much easier mentally in the future.

If this had been a normal competition, next to the wall (coming up on ropes is a bit more stressful), I would probably have gone in kamikaze-mode for that New Zealand NR and I think I would have made it! But then again it would build a mental barrier in me due to big jumps in my personal records. In the end I prefer to take things slow, with constant progress and one day this record will fall. I only hope for enough training motivation :) 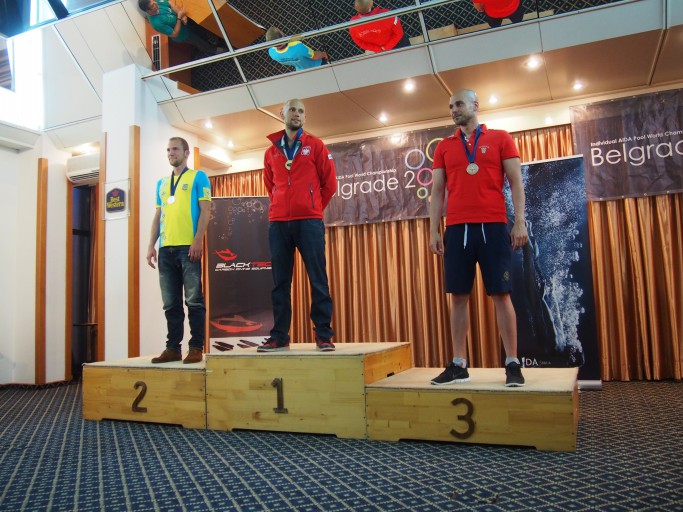 I look forward for the AIDA Depth World Championships now.

Thanks to Ola, my family, my friends, my general sponsor Grena LTD, 35WOG for providing me training facility and all supporters, who crossed their fingers for me! 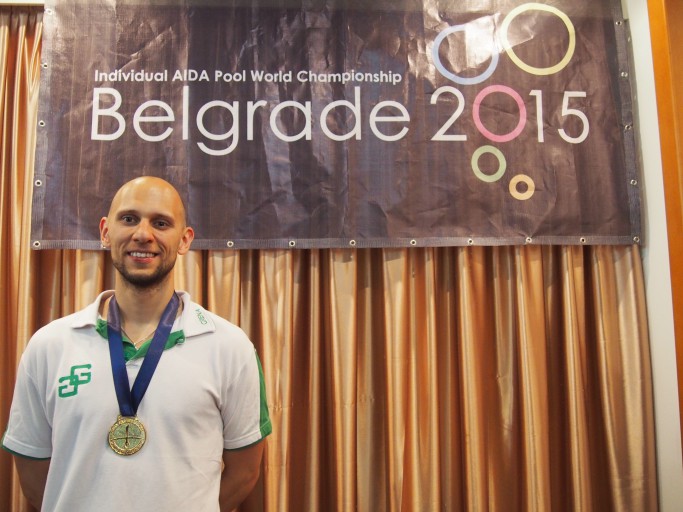 You can view more pictures in the Gallery.