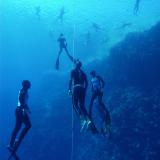 We are happy to announce that our ambassador, Mateusz Malina has set another world record, during the 2019 CMAS Freediving Indoor European Championship that was held in Istanbul, Turkey. In the competition dynamics in the fins (DYN), the Pole reached a distance of 316 meters.

Mateusz Malina is one of the most decorated DYN divers in the world. After three days of the tournament, he won three medals in all colors. On the first day in the competition without fins - DNF, he won silver. He expected it to be a winning distance, but during the last competition, Frenchman Guillaume Bourdil set a new world record and won the gold medal with a fantastic performance. On the second day of the championships, he won a bronze medal in statics (STA). On the last day of the tournament, it was time for the DYN category, which gave Matt a gold medal and a new world record.

As he says about his record in DYN:

“I couldn’t dream about this result many years ago but hard work, dedication, countless sacrifices, constantly digging into and questioning current methods of training, lots and lots of patience, infinite curiousness of discovering human body limits made this dream become a reality. This is not the end of the road. This is just the beginning of new era in pool freediving. Dive safe and enjoy the blue. Now the depth season starts for me!”

And if you've ever wondered what a diver thinks during a dive, you can find out by watching the video below: 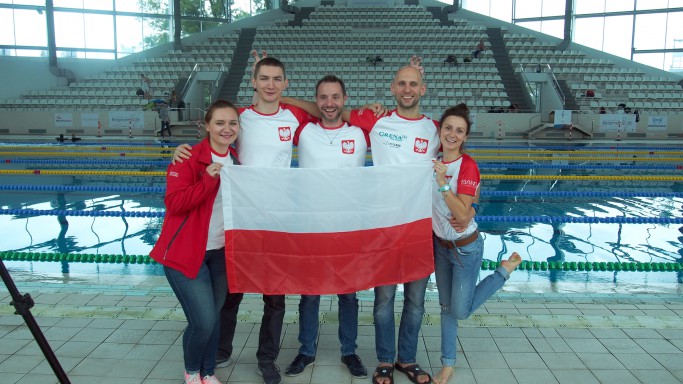 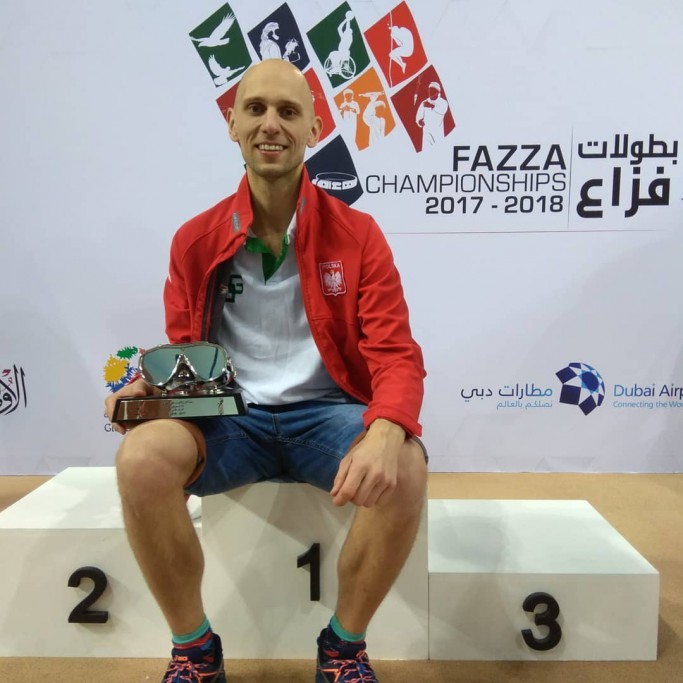 In September 2016, at the Brno MiniComp in Czech, Matt Malina attempted to break the current record in Bi-Fin dynamics.

First of all, some background info. Matt usually competes in competitions defined by AIDA rules - one of the biggest freediving organizations.

The bi-fin dynamics discipline is not officially recognized by AIDA, but it is by CMAS and Pure Apnea (other organizations and other conditions). The competition (Brno Minicomp 2016) was organized on AIDA/Pure Apnea standards, thus this record is official by Pure Apnea standards and unofficial (not recognized) by CMAS.

There are 3 different techniques for swimming with bi-find, and Matt went with the one which proved to be the most effective for him, the "hands above the head and dolphin kick".

With having 4 (yes, four!) training sessions with bi-fins behind him, Matt attempted to break the current World Record, which was at 226,5 m, done by Andrea Vitturini (ITA) during CMAS 9th Indoor World Championships.

As Matt says about the results:

"I came up crystal clean at 231 meters and got 2 meters off my performance because of turning below the step. I knew it will happen but decided to not care about it during the dive. Relaxation is the key and I was focusing on that. I think with flat pool, fully optimized and pushing to my maximum, 250 + should be very well possible, but lets keep something for the future."

We will definitely look forward to this kind of future!

Matt participated in the AIDA Individual Pool World Championships 2016 and surprised everyone with breaking record after record!

Matt broke three world records during this competition - one during the eliminations and two in the finals.

Below you can read Matt's thoughts in an emotional post made right after the competition on July 4th, 2016:

You may not believe but literally after yesterday’s 300 [m] I was in constant movement and only now after getting back home I have a couple of minutes to write few words about World Championships in Turku. There is a lot to write about which I will do at some point. I'm full of emotions but this picture of Daan Verhoeven describes it all.

I AM EXTREMELY HAPPY.

I have broken 3 World Records in 2 disciplines, 232m in DNF qualifications, improving it in finals by another 12m up to 244m. To me it is a history, it’s a record that lasted 6 years and no-one thought it will be beaten any time soon, at least not until last month :) It means to me so much more than that 300m but it’s less admirable by people because it’s not a round number :) I still can’t believe that I have improved it by 12m and there was much more in tank.

I’ve calculated a few months ago that I should be capable of doing 252m on a perfect day, based on my speed, stroke count etc. but even that number is wrong. Numbers are wrong, it’s all wrong because it’s Limitless. Numbers are in our heads and on this championship I’ve focused on making good dives with good feelings, keeping thinking about numbers just for last part of dives as a motivational tool. I must say it worked wonders for me! I came to Turku to defend my DNF title, DYN was the 2nd priority because I knew there will be no rest after DNF finals and there are athletes strictly focusing on DNF or DYN only during this championships. On the other hand, I knew that if I can do around 250 DNF, 300m DYN shouldn’t be a problem even without rest so let’s try to swim and see how it goes. I did it, I have swum 300m and became World Champion in DYN, splitting the record with Georgios Panagiotakis but I got the gold because my announcement was higher (it was closer to actually reached distance by 1m).

You can read an in-depth interview with the World Champ here: https://www.deeperblue.com/interview-mateusz-matt-malina/

Matt also started writing his blog in Polish, so if you're a Polish-speaking fan, we encourage you to read his blog here: http://mattmalina.com/

You can find some English posts there, too.

Stay tuned for more info from the Champ!